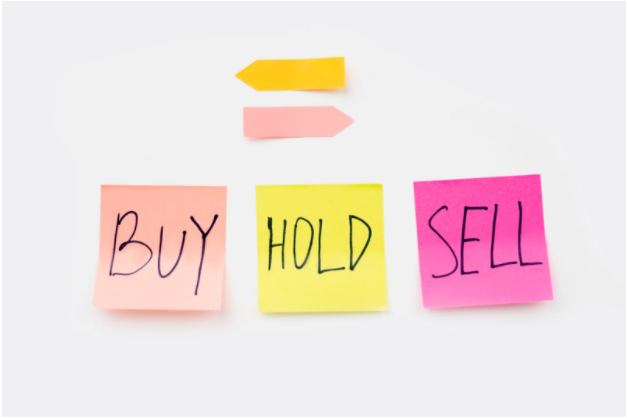 Related Reading: Read our recommended ways to learn to trade Forex and advance your trading.

Forex arbitrage is a low-risk trading strategy where traders take advantage of pricing inefficiencies in the market by buying and selling different currency pairs at the same time.

A bear market refers to a market where prices are declining. Traders referred to as ‘Bears’ are traders who believe that prices will decline, and make trades according to that belief.

A bid refers to the price a dealer is willing to pay for a currency, whilst the ask is the price at which the dealer will sell.

Bull markets are the opposite of Bears and refer to markets where prices are rising. Likewise ‘Bull’ traders are traders who believe that prices in a market will rise, and make trades in line with that belief.

A call is an option contract that offers a trader the right, but not the obligation, to buy a specific asset at a set price on an arranged day. The value of a call option will rise if the asset’s market price increases.

Derivatives are types of contracts traded in a share market which attain their value from bonds, bills, currencies or equities. The most common derivatives are Futures and Options.

The Dollar rate is the rate at which a currency such as GBP or EUR is quoted against a unit of the US dollar.

This refers to currencies losing value against other currencies, for example the USD having an exchange rate depreciation against the GBP.

Refers to the potential risk – or loss – a trader could incur on their positions from negative movements in exchange rates (like depreciations).

Exposures are the financial risks (losses) facing a business. For example, currency exposures are a type of exposure a business could face because of an exchange rate risk.

This is the official rate of exchange set by authorities for one or more currencies.

This refers to the value of a currency being decided by its supply and demand.

Possibly the key abbreviation! Forex is an abbreviation for the Foreign Exchange, and is commonly written as FX.

Also referred to as Currency Pairs, Forex (or FX) Pairs is the quoted price of the exchange rate of two different currencies traded in the Forex market. An example of a currency pair would be EUR/GBP, which refers to the Euro/Great British Pound.

A forward rate refers to the rate at which a foreign exchange contract is struck on the day for settlement at an agreed future date.

A type of analysis that assesses economical, social and political factors to predict their influence on currency prices.

Looking to make a career out of trading? Read how to join a prop trading firm.

A derivatives contract that gives the purchaser the obligation to either buy or sell an asset at an arranged date in the future.

Refers to currencies whose values are viewed as reliable and politically and economically stable.

If a trader is hedging, they’ve made a transaction which will protect either an asset or liability against fluctuations in the Foreign Exchange rate.

The difference between the strike price and contract price in in-the-money call and put options contracts.

Going long refers to a trader purchasing a currency with the prediction that it will rise in value.

When traders open positions, their deposit for the trade is held as collateral. Margins refer to the total amount of money that a broker has held to keep a trader’s positions open.

Option contracts provide the purchaser with the right, but not the obligation, to either buy or sell a currency on or before an arranged future date.

Refers to the trading that takes place when Day Trading hours have closed. Commonly undertaken between 9:00pm-7:00 am.

In trading, a pip is an acronym for “percentage in point” or “price interest point”. A PIP represents the smallest amount of change an FX pair can have in the market.

The potential risk (losses) a trader or business could incur from changes in governmental policy.

The price of a call or put which the purchaser pays to the option seller (writer) in option contracts.

Commonly known as market risk, refers to the risk of a fall in market value of a foreign investment due to an unexpected change in the value of the currency. For example, the GBP plummeted at the initial announcement of Brexit.

Uses technical analysis to determine the price level at which the selling should take place. A resistance level of one currency becomes the support level for the other.

Going short is the opposite of going long, a trader profits when the value of a currency falls.

A currency which is expected to devalue or depreciate against other currencies, or whose exchange rate must be supported by central bank intervention or exchange controls.

The spread refers to the difference in bid and offer rate prices.

An order to either buy or sell once an identified price has been reached.

The price of the asset at which a trader can exercise an option.

Analysis which uses the study of charts, averages, formations, volumes, open interests, and other technical indicators to predict market movement.

The rate at which both bids and offers are quoted.

If a trader has made a forward contract, the value date is the date of settlement.

Volatility in the market refers to price fluctuations, some of which can be beneficial for certain types of trading strategy.

Are you wanting to start your Forex trading career? Want to learn under the guidance of experienced mentors and with access to your own trading psychologist? At Alphachain, you can and there’s even potential to earn your own funded trader account. Look into our Global Funded Trader Programme today.

Previous ArticleBullish vs Bearish markets: What’s the Difference?Next ArticleNews Recap: PM Johnson plans to address the nation after the government approved a four-week delay to the removal of the lockdown measures that were scheduled for the 21st of the month