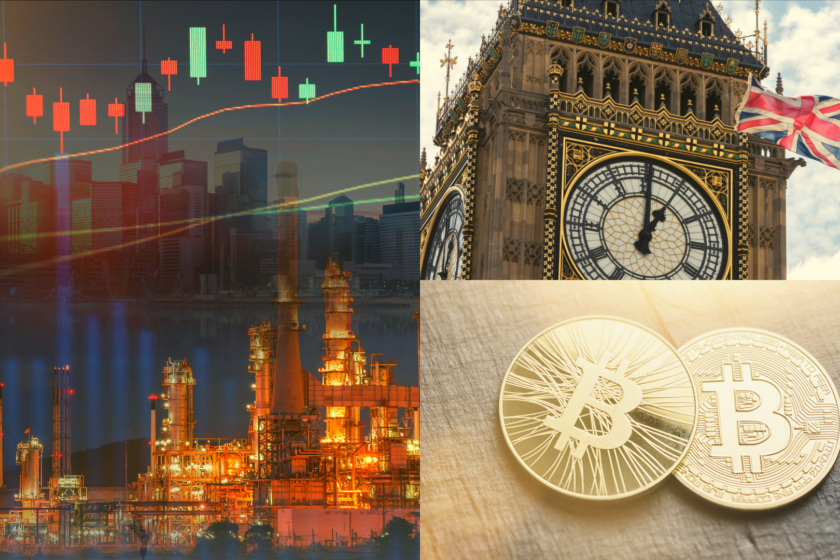 Last week, market participants digested the aftermath of the weeks key risk events which included the latest US jobs report. Financiers watched the greenback surge higher following the strong report which saw over 900K jobs being added to the US economy. The figure was matched by an unemployment rate of 5.4% which beat expectations. The week ahead will see several FOMC members speaking who will be reminded of the need to begin considering tapering following on from the recent data releases.

In the UK, the BOE left rates unchanged as expected and maintained their stance on inflation being transitory as markets observed another MPC meeting. The asset purchase facility which is currently at £895bln was left unchanged and had little pushback following the exit of MPC member Haldane who had called for a £50bln reduction in the previous meeting. Sterling remained stronger over the remainder of the week with EUR/GBP slumping to its worst levels since April.

END_OF_DOCUMENT_TOKEN_TO_BE_REPLACED 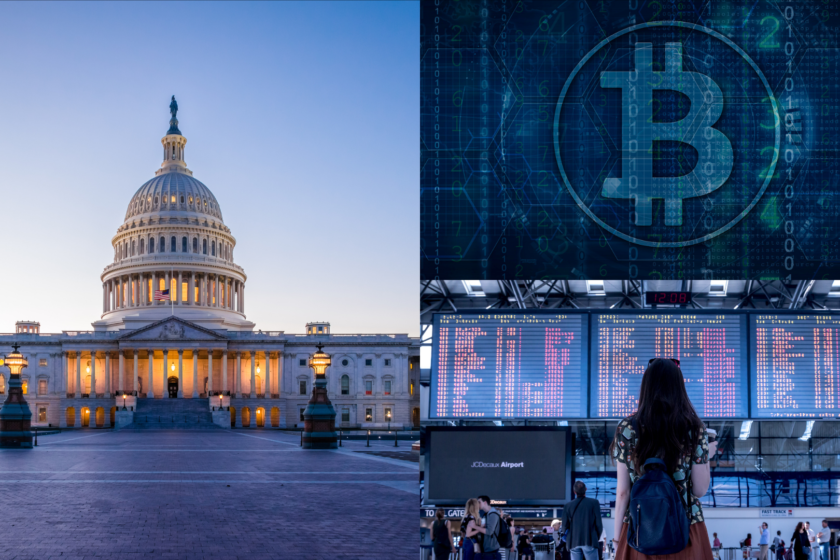 Last week, market participants digested the aftermath of the weeks key risk events which included the latest FOMC Meeting. The FOMC left rates unchanged as expected and few changes were made to the statement. Fed Chair Powell continued to frame inflation as transitory and expects it to continue to remain elevated in the coming months before moderating. The Fed Chair also reinforced the fact that the labour market is still yet to recover, and substantial progress is yet to be made. The greenback was able to recover marginally as financiers rebalanced for month ending. The DXY initially slumped over 1.2% over the course of the week before closing the month above the 92.00 handle.

END_OF_DOCUMENT_TOKEN_TO_BE_REPLACED 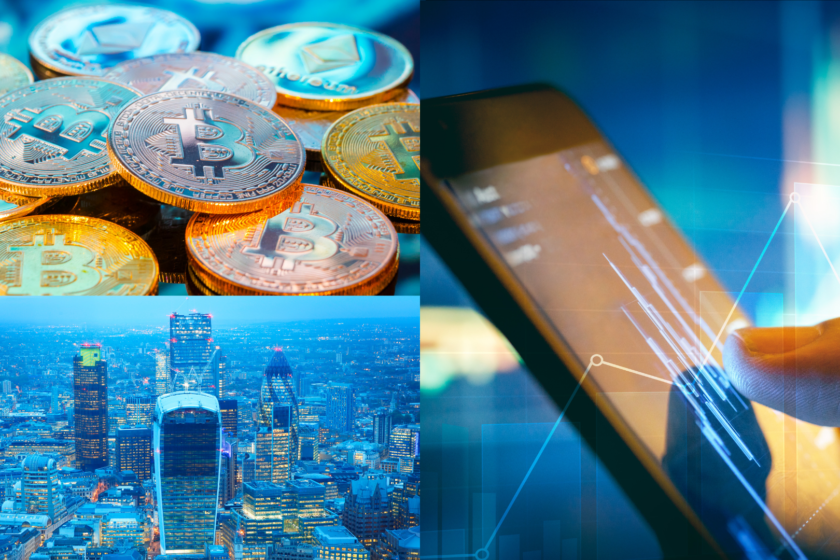 Last week, risk assets attempted to recover as demand for the Yen cooled heading into the nations extended break. Oil markets which had initially slumped by almost 10% following the impromptu OPEC+ meeting and agreement recovered to close the week above the $72.00/bbl mark. Gold continued to trade indecisively as participants found a floor around $1,790 whilst the greenback edged to its best levels since April despite pulling back towards the end of the week.

Asian markets began the week mixed as the momentum from last week’s session on Wall Street cooled as participants look ahead to key risk events which is set to include the latest FOMC meeting, mega-cap tech earnings as well as month end. The Nikkei 225 was the top performer as markets pressed higher by over 1% with a brief break above 28,000.

On the Covid-19 front, Australian PM Morrison outlined that the recent protests against the stay-at-home order risks increasing cases and infections further. Separate reports outlined that the New South Wales government were mulling over whether to maintain restrictions through to mid-September. This comes as the nation has reached an agreement for an additional 60mln doses next year with 25mln set for 2023.

END_OF_DOCUMENT_TOKEN_TO_BE_REPLACED 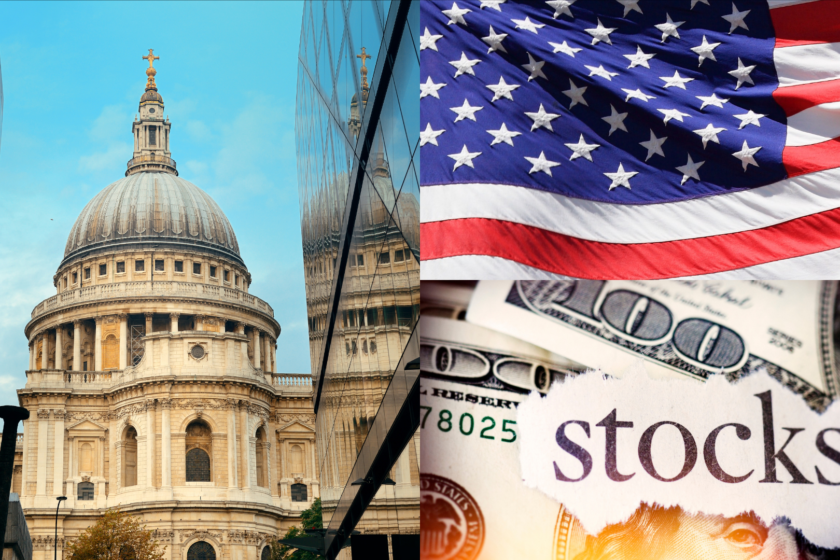 Stocks in the US fell Friday to push the major indexes to close the week in the red, as rising concerns over inflation outweighed strong retail sales data and better than expected quarterly earnings reports from the US big banks.

The bond market continues to buck inflation fears, as the 10-year US Treasury yield fell to around 1.30%. Investors are also watching the surprise decline in the yield of the 10-year Treasury note. This indicates there is a concern for stock investors in that the falling yield could be signalling a slowing economy. One worry has focused on the potential for a more prolonged period of high inflation that could force the Fed to tighten policy and raise interest rates sooner than expected.

END_OF_DOCUMENT_TOKEN_TO_BE_REPLACED 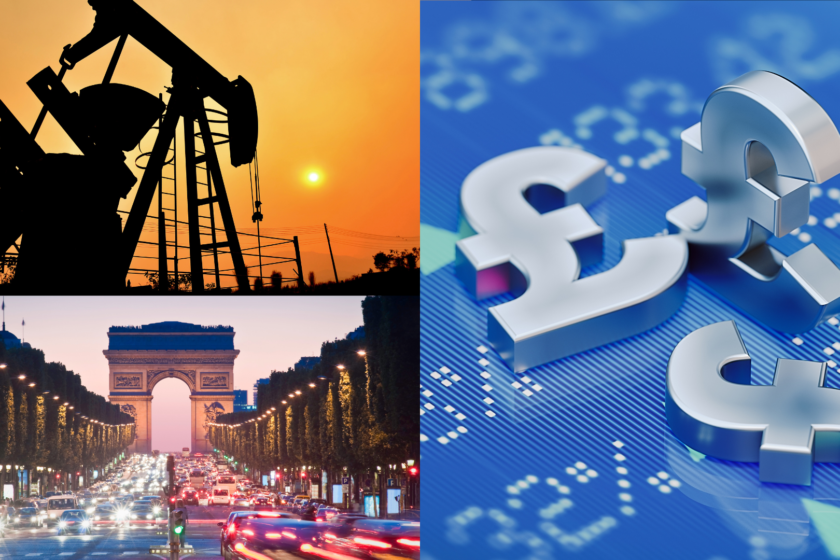 Markets in Asia started the week positively as participants continued to reflect on the broad positive risk tone observed last Friday. The Nikkei 225 was the biggest gainer; closing higher by over 2% with the index encouraged by outflows from the Yen and better than expected data. The ASX 200 traded higher by almost 1% though upside was limited by losses in consumer related stocks and with Sydney bracing for an extended period of stricter restrictions after an increase in Covid-19 infections.

Last week Friday saw G20 ministers agree on a minimum corporate tax of at least 15% where new rules for multinationals have also been established. The new measures were met with support and applause with US Treasury Secretary Janet Yellen outlining that the tax deal will raise revenue for governments and help facilitate necessary investments.

END_OF_DOCUMENT_TOKEN_TO_BE_REPLACED 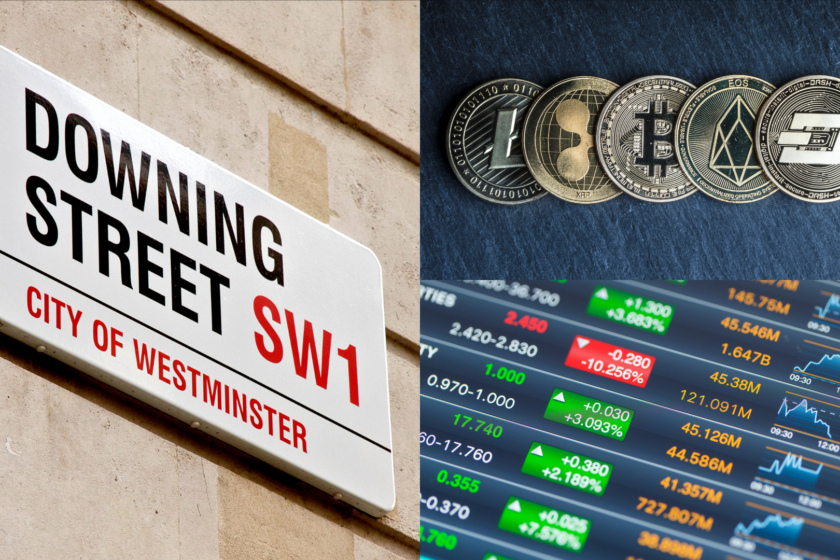 Asian equity markets kicked off the first full week of the new month and quarter with a mixed session as market participants await some of the weeks key risk events. The ASX 200 was kept afloat by strength in commodity related sectors whilst the Shanghai Composite was marginally higher despite the lowest Chinese Caixin PMI print since April of last year.

On the Covid-19 front, PM Johnson will announce plans to abandon majority of the Covid-19 rules from the 19th of July. This will make the wearing of masks voluntary in public places whilst the scanning of QR codes to enter certain establishments will no longer be required. On the other hand, officials in South Korea have warned that the virus is spreading at a rapid rate given the surge of the delta variant. The nation is currently in talks with vaccine producers including Pfizer and Moderna as they seek to mitigate and manage the disease.

END_OF_DOCUMENT_TOKEN_TO_BE_REPLACED 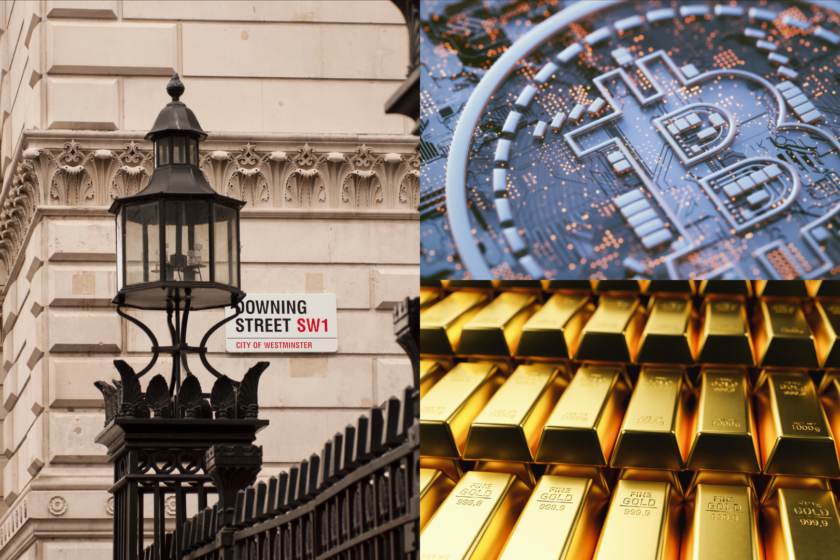 Going into the week ahead, financiers and investors will be looking towards month and quarter end rebalancing as well as a slew of key risk events including the US labour market report. The forecast suggests that at least 600K jobs have been added in the past month, higher than the month prior and further supporting the need for the FED to consider the need for tapering asset purchases. Heading into the report, the US still sits around 7mln jobs below pre – pandemic levels.

In Europe, Germany’s Covid-19 cases continues to subside as recoveries outpaced new infections. It was also reported that the nation imposed a 14-day quarantine on individuals arriving from Portugal. In addition to this, German Chancellor Merkel intends to ban those travelling from the UK given the rise in delta variant cases. In the UK, former UK Chancellor Sajid Javid has taken the reins from Matt Hancock as the new Health Secretary following his resignation over the weekend. Javid has outlined that his top priority remains bringing things back to normal as soon as possible.

END_OF_DOCUMENT_TOKEN_TO_BE_REPLACED 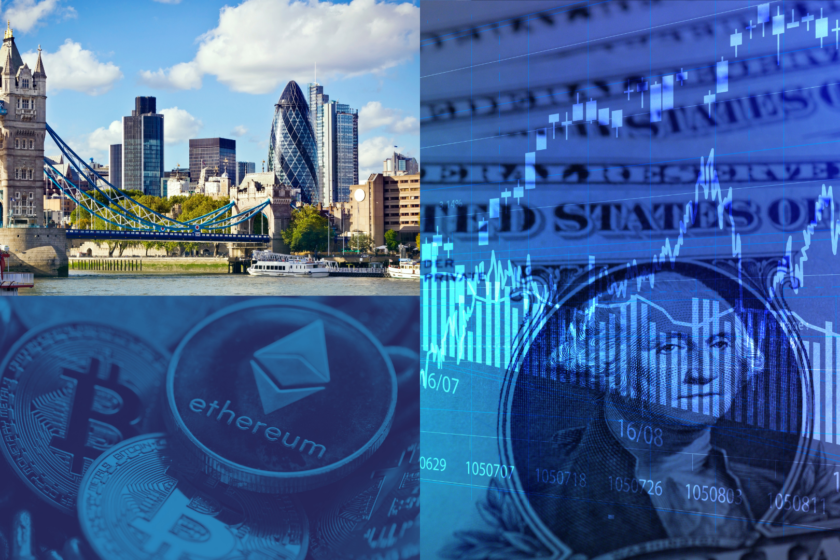 Last week, market participants digested the aftermath of a hawkish Fed meeting as they signalled a sooner than expected end to their ultra-loose monetary policy. This sent stocks plummeting with the Dow putting in its worst weekly loss since October. On the other hand, the greenback surged and was amongst the top performers for the week with the DXY gaining close to 2% and moving to highs last seen in April. Risk assets took a beating following the risk event with antipodeans suffering the most. NZD/USD broke to lows from November whilst AUDUSD collapsed through 0.7500. The new policy stance for the FED reverberated across markets as Gold suffered its worst weekly loss since March with the commodity shedding over 6% over the course of the week. Going into the week ahead, financiers await the decisions from the 4th major central bank meeting in the past fortnight as the BOE take centre stage on Thursday.

END_OF_DOCUMENT_TOKEN_TO_BE_REPLACED 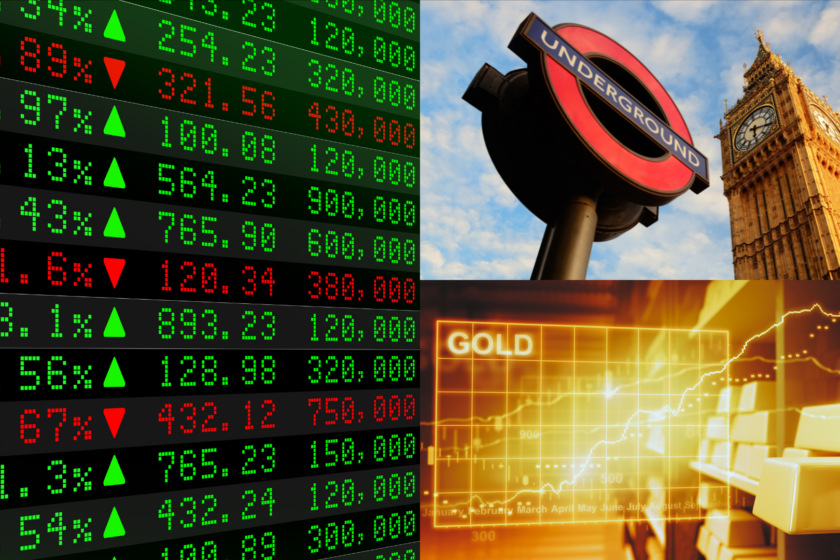 Markets in Asia started the week off quietly as a result of some markets being absent in observance of public holidays. The Nikkei 225 moved above the 29,000-level following on from outperformance amongst Japanese exporters whilst USD/JPY also traded higher on the back of last week’s events. Market participants digested comments from the G7 meetings where leaders professed their unity with the ‘Build Back Better’ initiative.

In the UK, PM Johnson plans to address the nation after the government approved a four-week delay to the removal of the lockdown measures that were scheduled for the 21st of the month. Another review will be carried out in two weeks though is likely to be data dependent. This comes as the nation continues to experience a surge in variant cases despite a strong inoculation drive which has seen over 60mln receive at least one dose. Cable continued to trade rangebound last week with focus also on tension developing with Northern Ireland.

END_OF_DOCUMENT_TOKEN_TO_BE_REPLACED 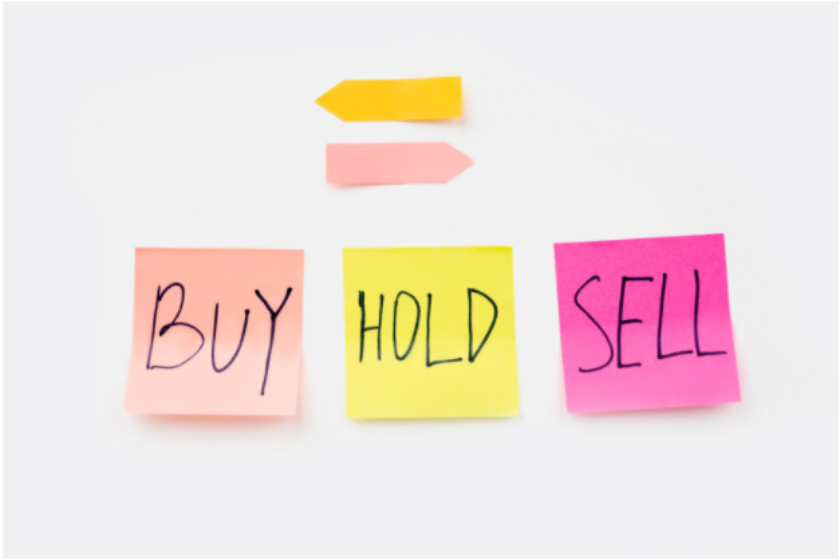