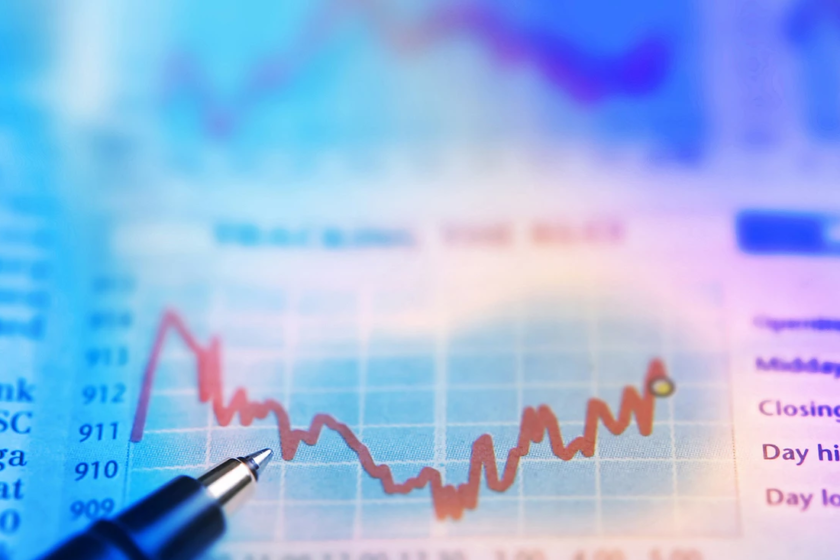 Last week the greenback continued to experience broad weakness within markets despite statements from Trump outlining that Covid-19 vaccine delivery will start this week as well as soothing comments suggesting that he will leave the White House if the electoral college votes for Biden. The DXY remained subdued beneath the 92.00 handle as EUR/USD closed above 1.1950. Gold selling continued as investors decided to seek riskier plays leading to a slump of over 4.5% for the inflation hedged asset. Looking to the week ahead, attention in the US will turn to the quantitative data set for release as market participants aim to gauge how the labour market has fared in the past month. NFP’s be released on Friday and is set to see another 500K jobs added to the market whilst the unemployment rate is expected to tick lower by 0.1% to 6.8%

END_OF_DOCUMENT_TOKEN_TO_BE_REPLACED 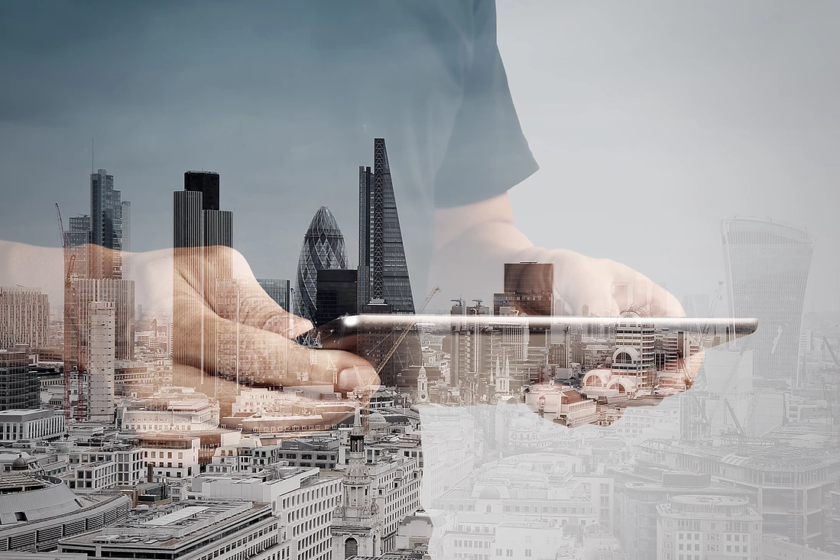 Asian equity markets began the week positive despite the bank holiday in Japan as the region gained on positive vaccine developments and the recent news that some nations will be transitioning to distribution in the next coming weeks. Reports that the FDA granted Emergency Use Authorisation (EUA) for Regeneron’s REGN-COV2 antibody cocktail also spurred markets despite the rising infections in the US as cases mounted to 12mln. US President-elect Biden is also set to announce his Cabinet on Tuesday amidst the constant rhetoric from Trump suggesting that the election voting was compromised in some key states.

END_OF_DOCUMENT_TOKEN_TO_BE_REPLACED 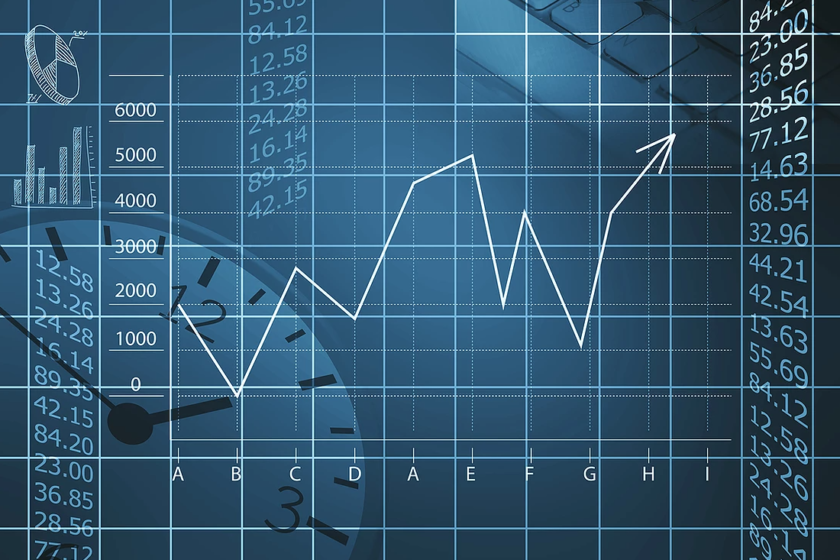 Asian bourses started off the week positive as US equity futures continued to extend gains from last Friday. All major US bourses trended higher as the S&P 500 posted a fresh record close to end the week. Despite Trump’s recent comments and tweets regarding the legality of the US election, President-elect Biden and VP – elect Harris are set to speak today on their plans for a post-Covid economic recovery. This comes as a number of top infectious diseases experts within the nation refute against the need for a national lockdown. At the time of writing, cases in the US have risen by over 155,000 as New York Governor Cuomo announced an emergency summit meeting between the governors of six north-eastern states to discuss potential measures to mitigate the spread. Within Europe, Austria has imposed a national lockdown through to December 5th and PM Johnson has been alerted to self-isolate after coming into contact with an individual who tested positive for the virus. Going into the week ahead EUR/USD trades above 1.1800 as German Chancellor Merkel is scheduled to discuss stricter measures to tackle Covid-19 with a number of EU officials.

END_OF_DOCUMENT_TOKEN_TO_BE_REPLACED 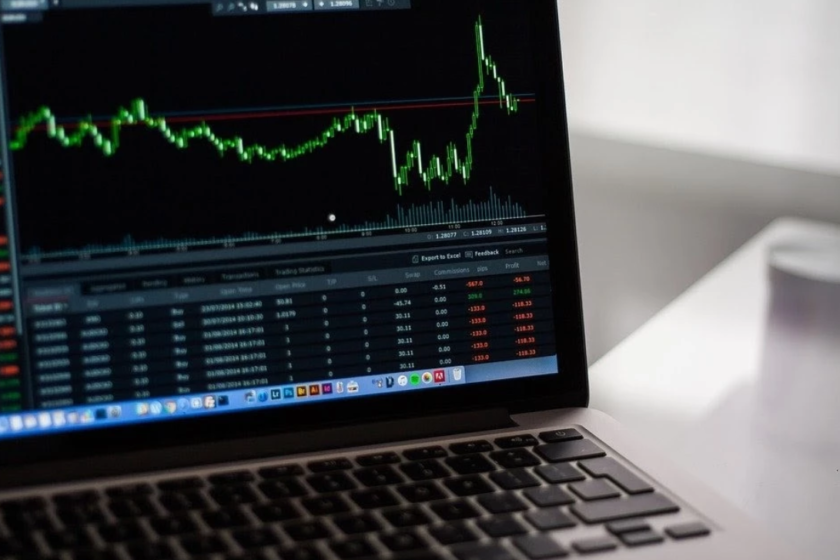 Proprietary trading is one of the most merit based trading careers. Its objective is simple: Make as much money as possible on behalf of your firm, and you’ll earn a percentage of it.

The opportunity to generate higher earnings much earlier in your career than when compared to other trading careers or investment banking jobs makes it an attractive proposition for hundreds of wannabe traders.

END_OF_DOCUMENT_TOKEN_TO_BE_REPLACED 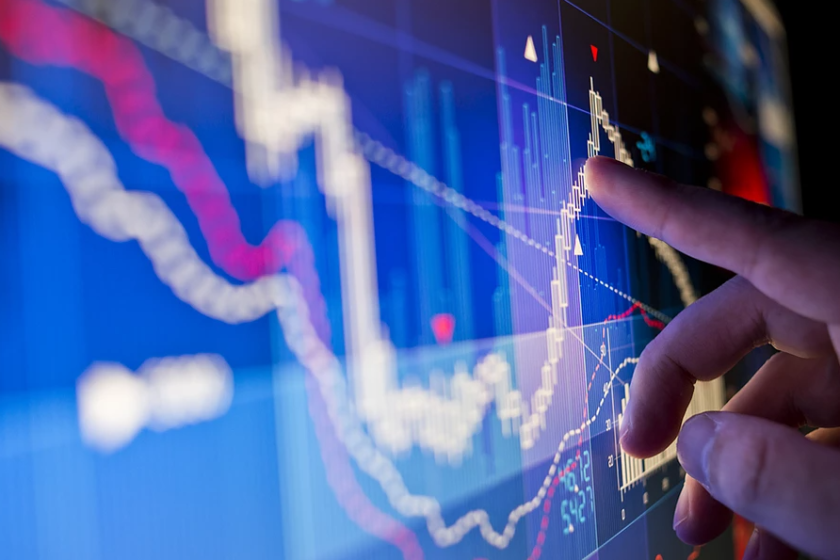 Last week saw financial markets experience one of its busiest weeks of the year as the US Election took precedence amidst a number of other macroeconomic data releases including three major central bank releases along with the monthly US Jobs report. AP, NBC, CNN, Fox and Edison Research have all called the election for Democrat Presidential candidate Biden as it was reported that he currently holds 290 electoral votes compared to Trump’s 214. Though President Trump has not yet conceded and tweeted that investigations into the votes need to take place, markets were largely positive on news for Presidential-elect Biden. Risk flowed out of the greenback and riskier assets appreciated over the course of the week with equity indices also moving higher and posting record daily gains. In his victory speech, Biden pledged his ambition to unify the nation whilst he also plans to unveil a task force that will look to combat the nations Covid-19 outbreak later today.

END_OF_DOCUMENT_TOKEN_TO_BE_REPLACED 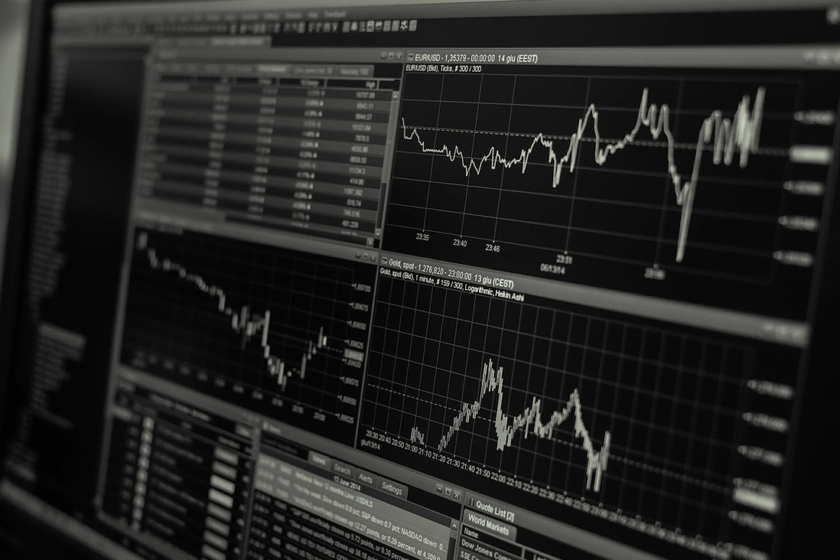 If you’re a graduate fresh from University, or a beginner trader that can’t afford to part with the copious amounts of capital required to begin trading the financial markets, you may be wanting to start your trading career in Proprietary Trading.

What makes Proprietary Trading such a sought-after job for beginners and professional traders alike is not only the lack of capital needed to begin, but additional benefits like receiving on the job professional training from experienced traders, not being responsible for trading losses, and receiving a share of any profits made.

In this blog we’ll look at what candidates need to know in order to land their Prop Trader status.

END_OF_DOCUMENT_TOKEN_TO_BE_REPLACED 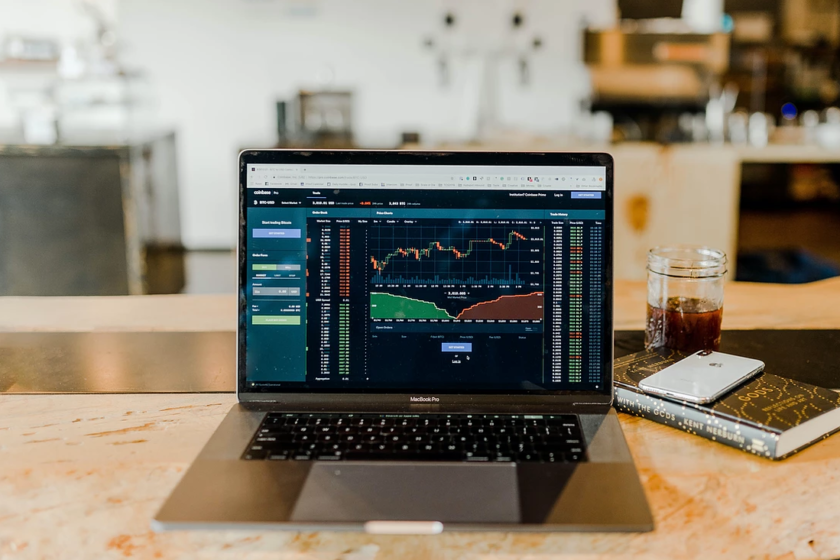 Depending on your type of personality, your daily lifestyle and your financial or your trading goals will depend entirely on what kind of trader you are.

There are many types of traders, and each one is individualized not only by their approach but also by their personality traits.

Some traders enjoy the hurriedness and overnight safety that day trading offers, whilst others prefer the much less stressful, marathon approach to position trading. However, it’s crucial that different traders select the best style for them to maximise their success.

END_OF_DOCUMENT_TOKEN_TO_BE_REPLACED 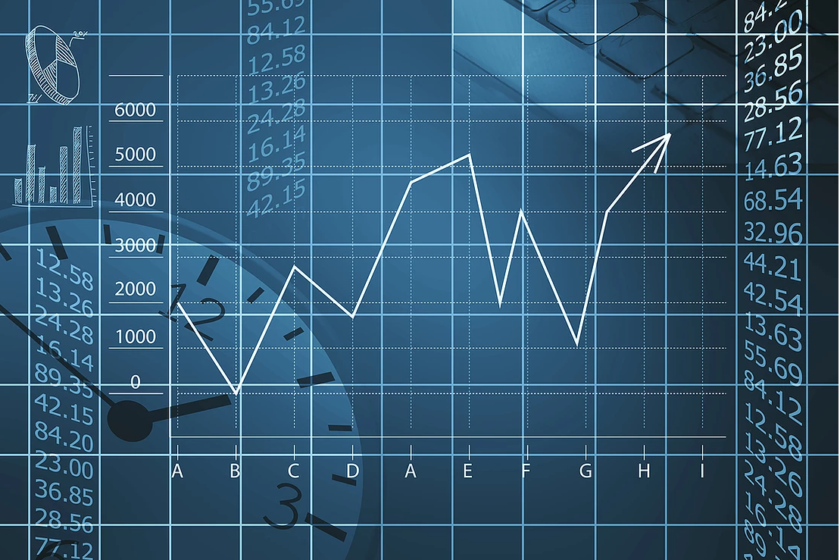 On October 31st, Bitcoin reached and surpassed $14,000. During the same day in 2008, Satoshi Nakamoto released his Bitcoin white paper. Ever since its release, Bitcoin has seen an exponential growth in market capitalization.

In retrospect, this makes the third post-halving cycle as being profitable from a price perspective. Even though there are multiple factors that might have lead to this point, historically halvings have had a positive impact on the price action.

END_OF_DOCUMENT_TOKEN_TO_BE_REPLACED 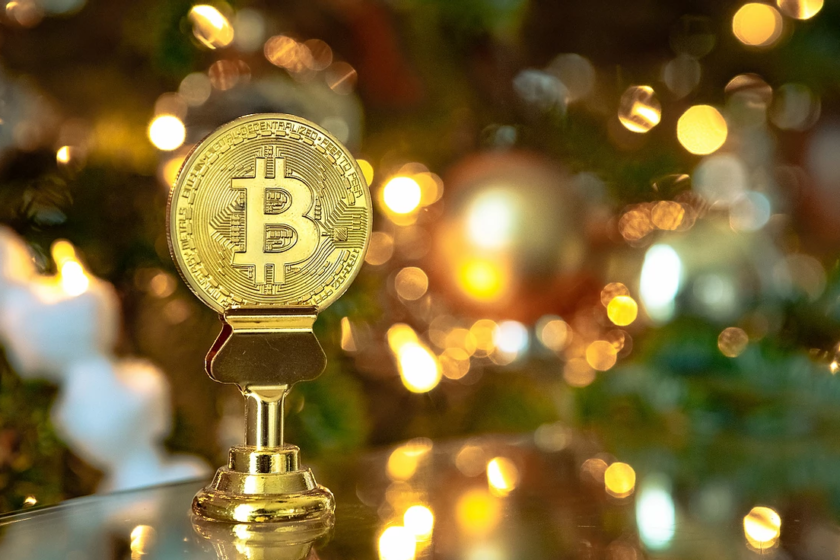 The leadership in Coinbase has mandated the team to focus mainly on the company’s mission rather than politics. This move comes after an internal meeting to discuss changes in the company’s culture. An audio file was leaked to the media outlet Motherboard. Allegedly, Coinbase management was forcing employees to delete political Slack messages.

Roughly 5% of Coinbase’s staff subsequently left the company with an offered exit package. Despite this, CEO Brian Armstrong said that a “silent majority” supported the apolitical stance.

END_OF_DOCUMENT_TOKEN_TO_BE_REPLACED 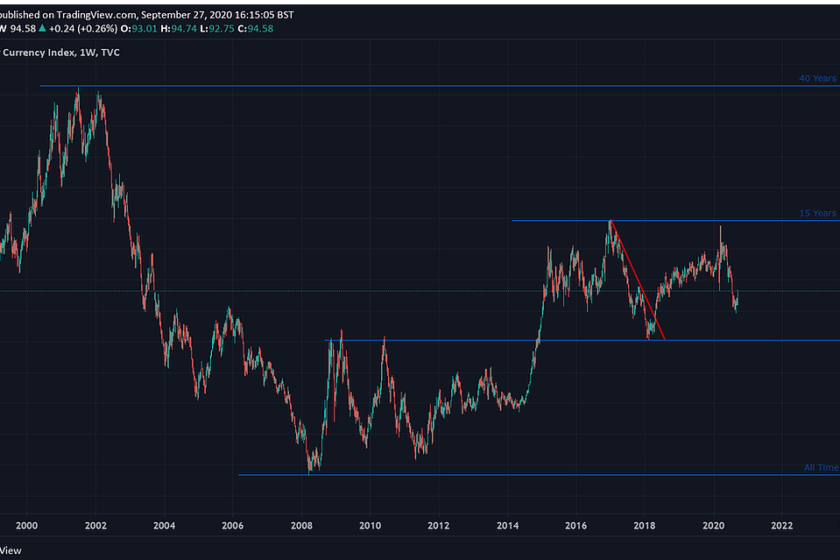 Undoubtfully, since the beginning of 2020 the world has faced several unique circumstances, with many of them to prior have been seen only in Hollywood movies. More precisely, on 11th of March the World Health Organization (WHO) recognized COVID-19 as a pandemic, exactly 100 years after the Spanish Flu, and soon enough, countries took the decision to lockdown their economies in order to limit the outbreak of the virus. As expected, decisions like this it is impossible to not affect the markets. Stocks plummeted and several corporate giants lost, almost in a week, the 80% of their value.