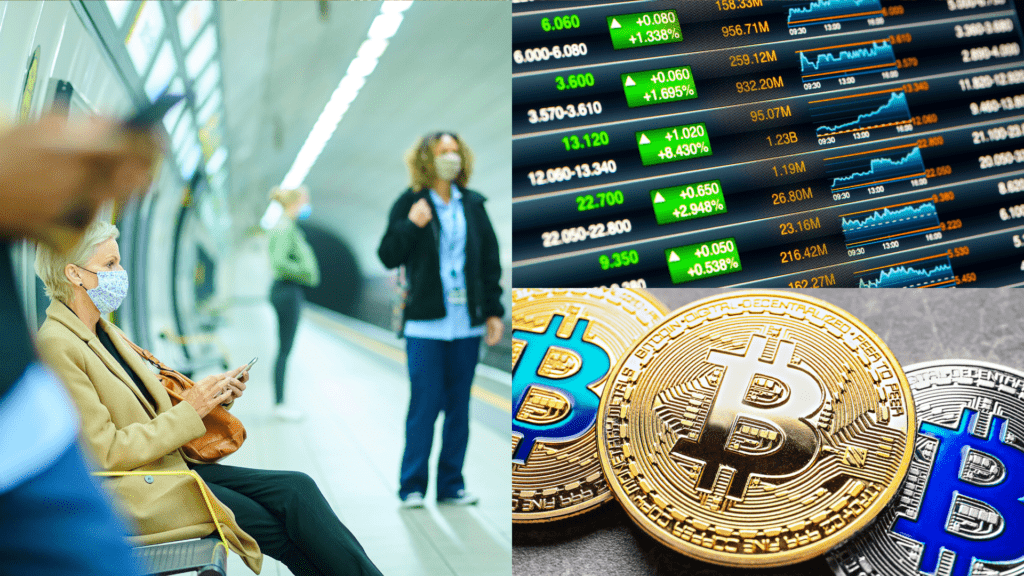 Stock prices in London are seen to recover some of Friday’s sharp losses early on Monday opening session as markets continue to grapple with a new coronavirus variant. Global stock markets tanked on Friday, with overnight Asia session extending losses into the new week, after this new Covid-19 strain now known as Omicron cast doubt on global efforts to fight the pandemic, due to fears that it is highly infectious and could potentially evade vaccines. The new variant, on top of a rebound in case counts and widening restrictions in Europe, threaten to put a damper on the global economic recovery. Another widespread shutdown could put the already overstrained global supply chain into deeper trouble.

Several countries have announced plans to restrict travel from southern Africa, where it was first detected, including key travel hub Qatar, the US, Britain, Saudi Arabia, Kuwait and the Netherlands. But the virus strain has already slipped through the net and has now been found everywhere from the Netherlands to Hong Kong. In Australia, authorities on Sunday said they had detected it for the first time in two passengers from southern Africa who were tested after flying into Sydney.

The UK has tightened up its internal virus rules in response, with face coverings becoming mandatory on public transport and in shops, from Tuesday morning. Isolation rules also will return for international arrivals until they receive a negative PCR test for Covid-19. Despite the reintroduction of rules, UK Health Secretary Sajid Javid told families they should plan for a great Christmas “as normal” and insisted it was “nowhere near” time to reintroduce social distancing rules and work-from-home guidance. The UK will today expand its coronavirus booster program to make every adult in the country eligible for a third vaccine, as ministers face an anxious two-week wait for scientists around the world to collect data on the threat posed by the Omicron variant. It is a hectic day of announcements from ministers and scientists as COVID once again takes control of the news agenda

Sparking some hope were comments from a South African doctor who raised the alarm over Omicron, who said dozens of her patients suspected of having the new variant had only shown mild symptoms and recovered fully without hospitalisation. This could help explain why markets in Europe look set for a rebound this morning. There is one thing markets hate, and that’s uncertainty. Sadly, science does not deal in absolutes, just guidance based on the available evidence, of which, right now, there isn’t much.

After plunging by over 8 per cent within a span of a few hours on Friday to the $53,000 mark, bitcoin has surged to a high of $57,500. BTC has been up by 7 per cent in the last 24 hours and is almost equal to its price a week earlier, despite the flash crash on Friday that took all assets down and the overall crypto market within a span of a few hours. The mixed performances leave the crypto market in a kind of limbo, with analysts divided over whether it has lost its momentum after hitting an all-time high earlier in November. Some believe it is entering a bearish phase, while others claim the latest dip will precede new record highs before the end of 2021.

This week, traders will be on high alert for a number of key economic reports including the Fed’s Beige Book on Wednesday and the NFP report on Friday. The NFP report should show a positive change in net jobs while the Beige Book may be the more important release. If conditions within the Fed’s 12 reporting districts are deteriorating it could send the indices down to new lows. Also this week, it was expected OPEC+ meeting was going to take place and sources suggest this may be delayed in order to review the likely impact of the new strain and speculation begins in whether they may pause output increase. Today, Fed chair Powell will be making an appearance tonight, markets will be keeping a close eye out for any clues on how these latest developments could shape monetary policy.